Create an Account - Increase your productivity, customize your experience, and engage in information you care about.

About the Assistant City Manager/City Engineer

Dan has previous city experience through his years of service with the City of Friendswood as their City Engineer from 2000 to 2007.

Dan resides in the Friendswood/League City area, where he lives with his wife Jaime, their daughter, and three blended sons. 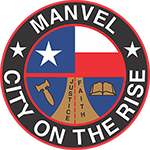